AT really hates brushing her hair. This is not a new and unique thing to her. I’ve heard most 2 year olds aren’t big fans of you yanking giant knots (and with it little itty bits of flesh) out of their manes after bath time. She just looks so cute when you can actually get her to do it, that I’ve invested in some delicious tasting de-tangler that she’d much prefer to squirt into her mouth like it’s binaca, than use to de-tangle.

But in that rare instance where she’ll allow it, her freshly brushed hair looks great. Those instances were few and far between until I got a dreaded call from daycare yesterday.  I had literally not even walked into my office yet, having dropped her off a mere 10 minutes prior.

Who starts a sentence like this???  That’s what got this whole lice-steria off on the wrong foot to begin with.  My only logical thought with this opening statement is that she’s run off with the circus or went and got herself pregnant. Ludicrous

Whaaaaa? Isn’t that for disgusting little kids that live in houses with shag carpets and hundreds of cats and were born red heads?

That’s what EVERYONE thinks when they hear about some kid that has lice.  But I can tell you, it’s not even remotely true. AT has light brown hair and I only have 1 shag carpet and no cats. Regardless, I’m on my way immediately back to daycare to pick her up because they’ve made it sound like they’re quarantining her somewhere nice… and cold and basement-like.

As I hustle into her class she is not upset and surprisingly she is surrounded by a teacher and some other kids and not locked in anything at all.

The teacher says, “She’s been scratching and I saw a lice jump. My daughter came here for a week and ended up getting lice too, so I know what they look like.”

“Ugh, ok, well, you don’t seem that concerned, so what are you supposed to do?”

“Well, you just have to wash everything you own in scalding hot water, and potentially shave all of your facial hair off.”

To be fair, that might not exactly be what she said, but at the time I was completely distracted by the remembrance of all of the times I’d kissed the top of her head in the previous 24 hours. Ewwwwww. I counted at least 7 times.

When I first heard she had lice, it sounded kinda bad and gross, but after my conversations at daycare, I was significantly freaked out.

Am I going to have to burn everything I own?

Will I have to shave all of my hair off (at least finally now I’ll have that excuse to trim up the nose thought!)?

Will AT forever be marked at school as Pig Pen?

And then the hardcore projection started. I convinced myself almost immediately that my slightly itchy fill-in-the-blank was the result of invisible larvae spawning and multiplying exponentially. My beard felt like it was brand new and ridiculously itchy.

AT’s mom eventually met up with us and she too said that she immediately projected.

Even though the daycare didn’t quarantine her to prevent the spread of this salicious bug, I thought it was my duty to avoid going home with her. Naturally we went to the zoo. Sure there are at least 500 other kids at the zoo (half of them probably crawling with lice), but I figured I could keep her away from everyone and kill some time before our appointment at Lice Knowing You (yes, seriously, there is a business dedicated to eradicating lice, well actually, it’s a business dedicated to giving parents a slip of paper that states there kid is lice free – so they can go back to school).

We enjoyed looking at the… hmmmm, I don’t remember a single thing about the zoo except trying to keep AT’s head from touching anyone else’s. And you know what, that happens pretty frequently to 2.5 year olds, they inadvertantly head butt each other all the time. It’s cute when there isn’t a high liklihood of spreading infectious bugs. 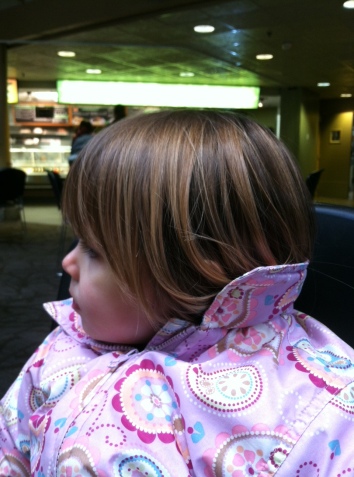 I took this closeup at the Woodland Park zoo as we enjoyed a truly awful dining experience. Can’t see any lice, can you?

I told Andie that we had an appointment afterwards at a “pretty hair cutting place” where they’d give her a fancy new haircut. I’m so f-ing smart, she loved it. We enjoyed a terrible lunch at the zoo and then it was time to meet AT’s mom at Lice Knowing You to get us all de-liced.

Lice Knowing You is in a non-descript building in Wallingford that looks like it houses a bunch of graphic designers and dentists. Be forewarned, the buzzer says LKY for discretionary purposes. I had to call them to figure that out because, really, that’s not something that’s obvious is it?

LKY is one-room, with a TV and 3 barber stools. There were 2 lice-techs there and when we arrived working on 2 other family’s. Our 12:30 pm appointment mysteriously never showed up on their books, but thankfully they were able to get us back in at 1:30, so we went and stewed for a bit in our lice-infestedness.

You have multiple options at LKY. 1) you can go to get “tested” for lice, or 2) you can skip #1 and go get “treatment” for lice. They allow you to skip #1 if you want to pay the extra money and I was pretty sure, so I opted to go for #2. AT’s mom wasn’t that pleased with that, but I was paying, and thankfully we did, because another woman came in to get tested and wasn’t able to get treated. That being said, they test the parents at no additional charge if you opt to get your kid treated.

I went first and it really just feels like they are about to give you a hair cut. They get your hair wet with essential oils and brush the $hit out of it. After a quick brushing, they could tell I was clean and mentioned, “9 out of 10 dads are clean.” Not sure why that is. A more inquisitive person probably would have asked, but I was just so damn excited to be sans-lice. Later when AT was getting her treatment a family came in from Snohomish (an hour drive away) and dad had it. So I guess he’s the unlucky 10%. 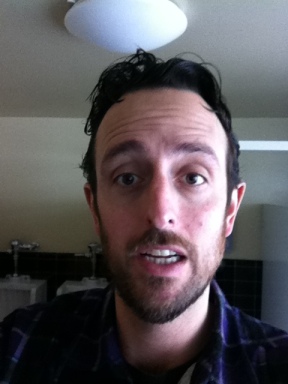 You can’t tell, but I was relieved to know that I was lice free here.

In fact, people take this lice thing so seriously, that there was another family in before us that had come from Tacoma (an hour the other direction). They said their 4 kids had all had to miss pretty significant amounts of school for lice. Yikes.

AT’s mom also didn’t have lice, and ultimately we caught (or more accurately, daycare caught) it right away, so it was relatively easy and LKY guarantees you are lice-free after their visits.

Basically all they do at LKY is brush your hair for an hour and charge you $100 for it. But that peace of mind was totally worth it.

Yes I burned everything I owned before I learned this.

At this point, she was still looking forward to her “pretty hair brushing” 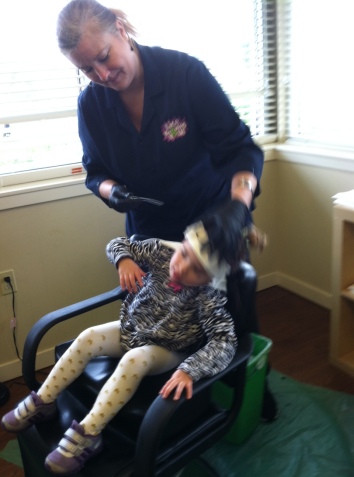 She started to realize something was “up” almost immediately though.

The light was at the end of the tunnel at this point and she was starting to feel much more aerodynamic. Or like she could coach the Lakers to another championship.

She’s quite a handsome little girl with her “Pat Riley”